The Widow Wore Plaid has released!

This week I’m continuing snippets from The Widow Wore Plaid. It’s the sixth and final book of The Widows’ Club series and I’m truly very excited to share it with you again. 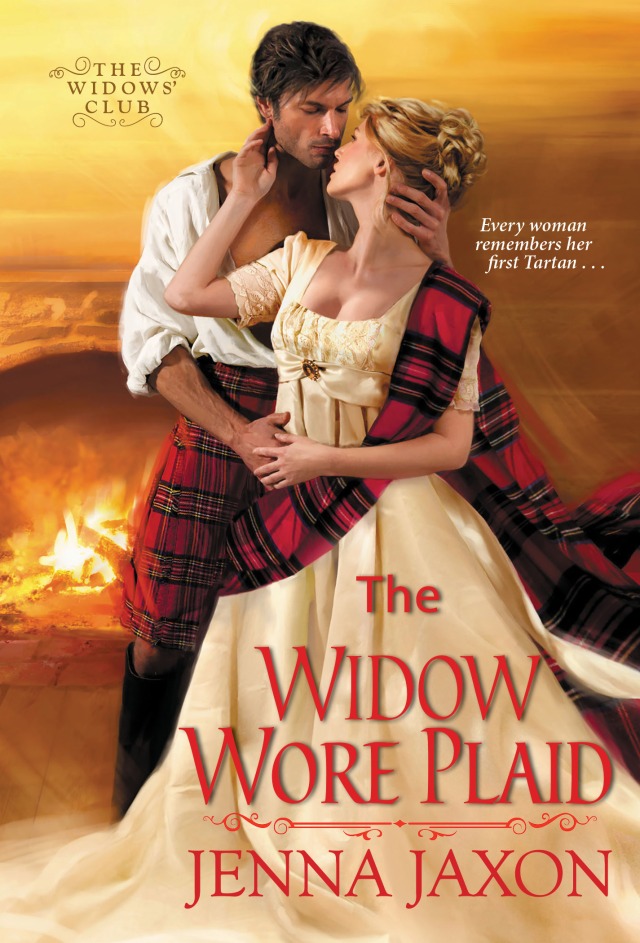 The Battle of Waterloo made them widows, but each has found new happiness. And Jane, Lady John Tarkington, intends to keep her freedom, even if love—and one particular gentleman—are determined to claim her heart  . . .

It is a truth rarely acknowledged—at least in public—that a wealthy widow is free to pursue a great many adventures. For two years, Jane has privately enjoyed her independence. Why should she remarry, even when the gentleman proposing is as wonderful as Gareth, Lord Kinellan? She entreats him never to ask her again. But as her Widows’ Club friends—now all joyfully remarried—gather at Castle Kinellan, Jane begins to wonder if stubbornness has led her to make a terrible mistake . . .

Kinellan needs a wife to give him an heir, and he wants that wife to be Jane. They are perfect together in every way, yet she continually refuses him. Just as he is on the point of convincing her, a series of accidents befall Gareth and point to an enemy in their midst. He has promised Jane a passionate future filled with devotion, but can he keep them both alive long enough to secure it?

I’m continuing on from last week’s snippet, where Kinellan has tried to allay Jane’s fears. Enjoy!

Breath coming fast and sharp, Jane feared to twitch, sneeze, move a single muscle that would deter him from this utterly remarkable proposal. It was a marriage proposal, wasn’t it? “Kinellan, you are asking me to marry you, aren’t you?”

He ran his hand around the back of his neck, his mouth in a rueful pucker. “I know I promised not to, but I wanted to see if perhaps you’d had a change of mind–a change of heart, once your friends arrived. You’d seemed restless these past few weeks, and now that they are here, you can talk with them. They always give you good advice, or at least comfort such as I cannot. So I thought they might be able to give you a different perspective, is all. Each of you has been a widow, but you’ve all had different perspectives and challenges in widowhood. I just wanted to give us another chance.”

“Oh, Kinellan.” Overcome by the sincerity of his words, Jane launched herself into his arms and buried her face in his chest again, the most comforting place she knew. Even if he wasn’t able to do everything he’d just mentioned, the fact that he truly understood the reason for her reluctance to give up her freedom made her love him even more. This man would never be Lord John Tarkington, with all his exacting demands and decrees. Were she to let Kinellan slip through her fingers now, she’d be the worst fool that ever lived. And by God, she was no fool. “Yes.”