I’m back this week with another excerpt from my just finished WIP Heart of Hope, the sixth book in my Handful of Hearts novella series. It’s the story of Lady Letitia Stowe and Mr. Albert (Bertie) Symmons, who meet, although not for the first time, at Lady Hamilton’s ball (where all couples meet in this series). 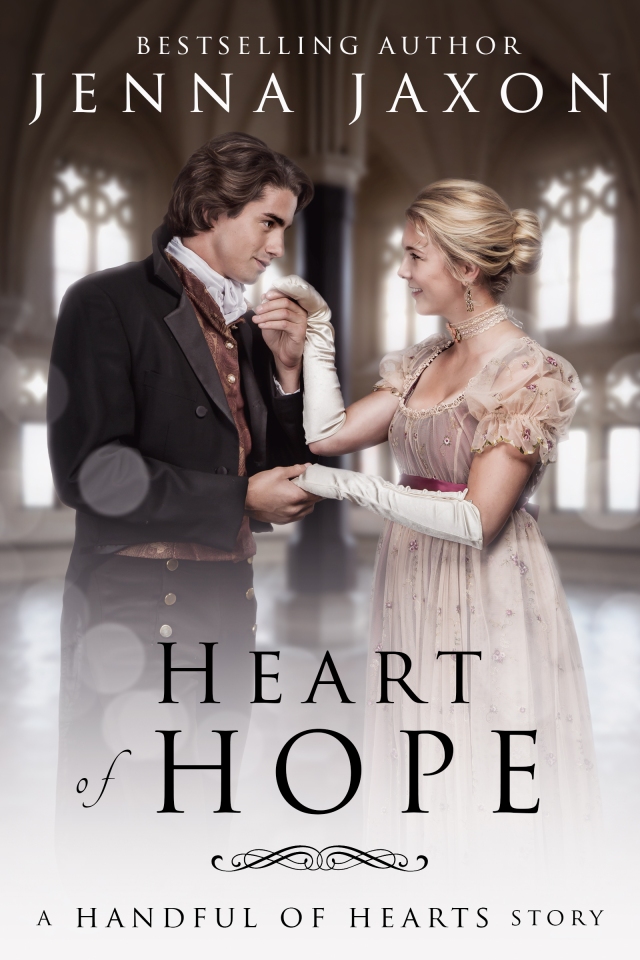 Shy wallflower Lady Letitia Stowe is determined to dance with no one at Lady Hamilton’s ball unless she knows the gentleman. When just such a man appears in the form of Albert “Bertie” Symmons, Letitia is suddenly eager to dance with him until she discovers their set turns is the scandalous waltz. Letitia begs off and instead they talk together, each confessing a weakness. Inspired to help one another, they make a pact: she will instruct him in dancing and he will do likewise for her in horseback riding. Their frequent meetings grow into true affection and respect until Bertie is so bedazzled by Letitia he asks her to marry him and she joyously says yes.

Unfortunately, Letitia’s brother has another match in mind for her with the wealthy, titled Lord Kettering. To change her brother’s mind, Letitia and Bertie stage a series of faux rescues where Bertie is the hero. Regrettably, none of them work and Letitia fears they may have to resort to a tried and true method of assuring their marriage: have Bertie compromise her. However, when Bertie proves unwilling to go down that path to matrimony, Letitia may have to take matters into her own capable hands.

This excerpt takes up right where we left off: Letitia is trying to be a wallflower because she doesn’t want to dance with anyone she doesn’t know. But she spies Mr. Symmons, who she does know, and hopes he’s headed toward her. He is and the conversation this week is now leading toward an invitation to dance. However, at the penultimate moment, Lord Kettering intrudes and asks Letitia for a dance.

We have now switched to Bertie’s POV. Hope you enjoy.

(PS–This is the unedited version, so any flubs are my own and will be dealt with by my editor I’m sure. But if you wish to point out anything, please do!)

A hulking presence beside him made him glance at the gentleman he’d come to stand beside–Lord Seaton, with a hungry look in his eyes.

“Evening, Symmons.” Distracted, Seaton seemed to be staring at someone across the dance floor.

Bertie followed his line of sight to Miss Powell, a sweet young lady Bertie had danced a quadrille with earlier–though talking animatedly to her mother, every so often she would send a glance and a smile toward Seaton. The intensity of Seaton’s stare put Bertie in mind of a tiger stalking its prey, although he rather thought his lordship had less sinister motives for his attention to the lady.

“Miss Powell was a lively partner in our quadrille earlier,” he nodded toward the lady, “Have you danced with her yet, my lord?”

Not breaking his gaze, Seaton nodded saying, “We were partnered in the country set just finished.” A smile curled his lips. “I’ve found her, Symmons, by God, one dance was all it took. I plan to take Miss Powell to wife as soon as I can speak to her father.”

The bald statement took Bertie aback. He’d no idea of finding a wife this Season, although he supposed he might look about at the young ladies with an eye toward next year…or the next. But the swiftness of Seaton’s decision struck him as reckless. Did the determination of a lifetime take so little time to make? He hoped not. Marriage was too permanent to make a mistake. Bertie planned to take his time and make the correct choice. “I wish you luck, then, Seaton. She’s very pretty and will be a credit to you.”

For the first time, Seaton looked at him and a grin flashed. “Thank you, Symmons. I hope I won’t need luck, but I’ll take your good wishes all the same.” He peered at Bertie. “Are you getting ready to dip your toe in the water as well?”

“No, my lord,” Bertie shook his head vigorously, “I’m not much of a swimmer.” 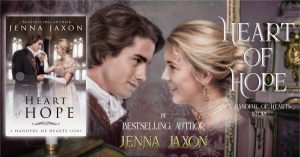 Heart of Hope is now up for pre-order on Amazon and will release on October 31th. The pre-order price is just .99, so grab your copy now. After release it will revert to its regular price of $2.99. 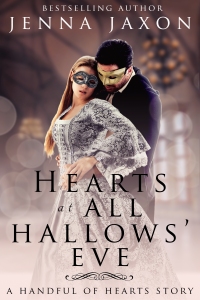 If you’d like to find out more about Lord Seton’s courtship of Miss Powell, pick up Hearts at All Hallows’ Eve. It’s .99 on Amazon and free on Smashwords.

Additionally,  my upcoming contemporary Christmas novella, The Present, is on pre-order on Amazon, part of a Christmas series called Christmas on the Side. It will release on November 9th. You can go check it out here.

And the final Widows’ Club book, The Widow Wore Plaid, is available for pre-order on Amazon as well. It will release on December 28th.

(all on sale for .99 each during October)