I’m so glad to be back! Last week I was off grid, up in the mountains of New York state at my friend’s cabin with 0 internet signal. I had a great visit with her and got my edits done for Almost a Countess, so while I was sorry not to be with you, I was happy to be there with her. This week I’ll continue with Almost a Countess, but I’m skipping ahead to Finn’s POV when he awakens at Dora’s home. REMEMBER:  Only 9 days until Release Day!

Phineas “Finn” MacDonald, the Earl of Aberfoyle, is on the run from a troop of soldiers bent on charging him with treason. Dora’s miraculous appearance is a godsend for him, in more ways than one. The pretty young English woman is kind, compassionate, and willing to help him in his attempt to seek justice and evade the troop that is quickly closing in on him.

With their close proximity over several days, Finn’s desire to escape wanes, even as thoughts of Dora fill his mind. So when a unique opportunity presents itself, Finn claims to be Dora’s husband to save her reputation and throw the soldiers off his trail. Now all Finn needs to do is persuade Dora to make the ruse a reality—before the soldiers can find him and carry out the grim penalty for his alleged crime.

With a fluttery feeling that almost made him ill, Finn struggled toward consciousness. A stabbing ache in his head made him wince. The pain was reminiscent of his twenty-first birthday when his uncle had plied him with whiskey until the wee hours of the morning. Hopefully, this ache wouldn’t make him as violently ill as he’d been then.

Cautiously, Finn opened his eyes to slits—no need to give the inhabitants notice that he was awake. But a quick look told him the room was empty. Opening his eyes wider, he took in the massive mahogany bed with its dark burgundy and gold trappings, the grand fireplace where flames licked the logs, the casement window with drapes open allowing the bright afternoon sunshine into the chamber. All in all, a well-appointed room, if a little grandiose for his own tastes, still wherever he’d ended up, the owner had spared no expense with his creature comforts. So where the devil was he? And who was the woman who’d found him and brought him here?

He shifted in the bed, and a sickening pain shot up his leg from his ankle. “Jesus!”

Panting against the ache, he slowly shifted again and managed to sit up without further agony. Moving slowly, he peeled the covers off his legs, dreading what he might find. But his legs both looked normal, no broken bones in evidence, although his right ankle seemed swollen rather badly. Still, it could have been much worse.

His boots had been removed, of course, and he glanced at the floor, but they weren’t in evidence. Neither were his clothes. Worse luck. Currently, he was clad in an old-fashioned chemise, good quality linen that had been worn seldom, with lace at collar and cuffs. Gently, he ran his hand down his leg to his ankle, needing to confirm it hadn’t been broken. The swelling was slight, which meant a sprain. It would hurt like hell for a week or more, making further escape difficult if not impossible, although, apparently, he could still sit a horse. He distinctly remembered leaping onto the blond woman’s horse, but not much else. Such a limitation could end up being deadly for him. 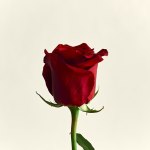 Almost a Countess is still on pre-order on Amazon for $2.99. Grab your copy at the pre-order price. 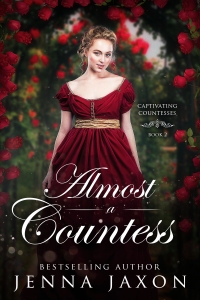