This week I’m continuing snippets from my just released short read, A Return to Life, an excerpt from A Countess of Convenience, book 1 of my new series, Captivating Countesses. 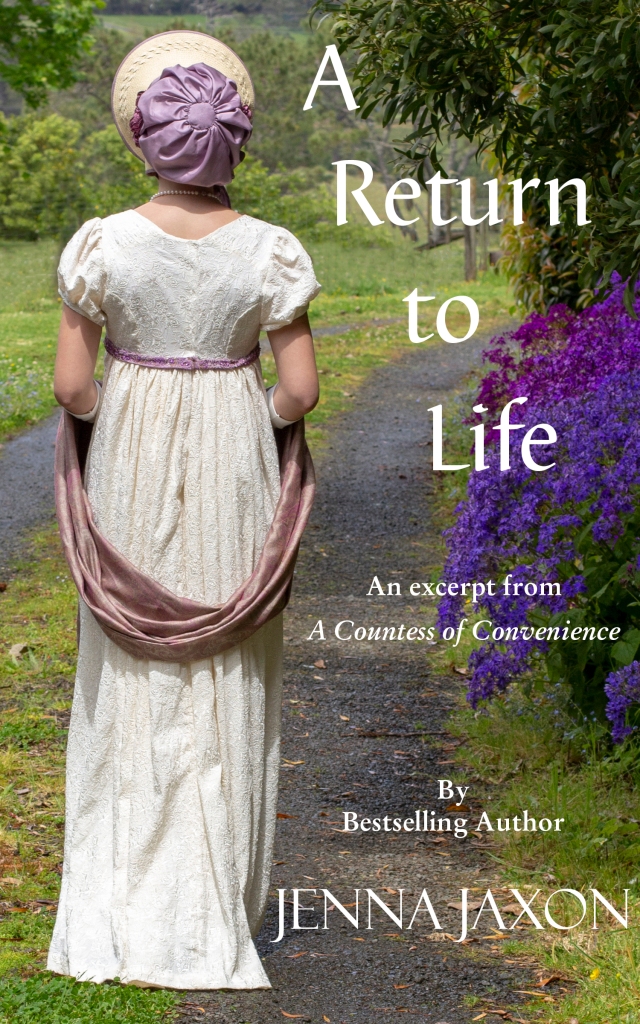 Following a tragic accident, an unconscious Judith Harper returns to her childhood home. Miraculously, she awakens but to a horribly changed world in which she finds her husband not only dead, but herself dishonored by him before his death. Can she find the strength to pick up the pieces and return to a life of her own?

I’ve skipped ahead this week to the point where Judith’s sister-in-law Dora has just told her that her husband, Simon, is dead and how Judith came to be injured.

“I heard the sound of a slap, and then a thud.” Dora looked away. “Then Simon called out for help. I rushed in, and he said you fell and struck your head.”

Judith’s mouth dried. It would not have been the first time Simon had struck her, but as his wife, she was duty bound to defend him. “You can’t know for certain what occurred when you weren’t in the room.”

“I didn’t need to be, Judith, his handprint was on your cheek.”

And now a little more of the scene :

Dora rose and paced to the window. “Simon was a bully from the day he was born. He loathed me and made my life miserable. I’m only surprised he didn’t turn you against him with his hateful ways.”

“I’m his—” Judith stopped, gritting her teeth and clenching her one good fist. “I was his wife. A wife is loyal to her husband.”

“Even when he isn’t loyal to you?” Dora had turned from the window and stared straight at her, a scowl on her usually pleasant face.

“What do you mean?” Fear stole into Judith’s heart.

“After your accident, Simon attacked two of the governesses Father had hired for Anna. He…ravished them.” Dora’s cheeks reddened. “When he tried to do the same thing to the third one, Miss Carlton, Lord Trevor rescued her and challenged Simon to a duel for her honor.” Dora’s chin went up. “Lord Trevor is a real hero. I was sorry to break our betrothal, but he was desperately in love with Miss Carlton and she with him. So, he and Simon dueled. I think, for my sake, Lord Trevor spared his life.”

Next week I’ll move on to A Countess of Convenience.

A Return to Life is available on Amazon for .99 and on Smashwords , B & N, Apple, and Kobo for free.

A Countess of Convenience  is also available on Amazon for the pre-sale price of $2.99. 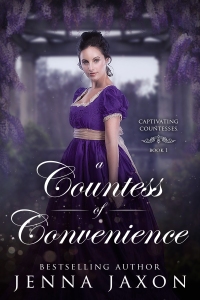 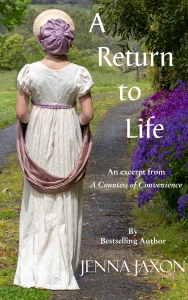