Weekend Writing Warriors ~ 11/08/20 It Happened Beneath the Mistletoe: An Abrupt Halt

So sorry I was absent last week, but my husband had just had open heart surgery and I was taking care of everything at the house while he was still in the hospital. He’s home now and doing extremely well, but it was a tense few days that I hope not to repeat again!

In this first snippet, Roger has come with his cousin to a winter’s ball in London to meet the young lady the cousin is enamored of. But Roger loses his cousin in the crowd, with quite unexpected results.

I’m still working on the blurb, but will have it done by the time I release it (this coming week) and here next Sunday. 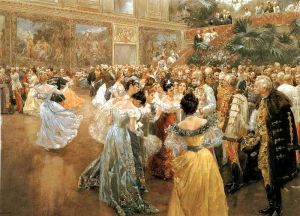 Where the deuce had his cousin and the elusive Miss Attwater gone to? Twisting around to spot them, he followed his cousin’s example and rose onto his toes to give himself the extra inch or two advantage. Still no sight of the couple, but in the process of turning back, Roger bumped into a gentleman attempting to hurry toward the ballroom floor.

The momentum sent Roger stumbling backward. Unable to regain his balance, he fought to keep from crashing into anyone, and lost that battle immediately. He bumped into a different gentleman, who dropped the quizzing glass he was holding, though he immediately picked it up and glared at Roger through it. Roger didn’t have time to care as he stumbled next into a lady, knocking her into the gentleman to whom she was speaking. His feet seemed to have a mind of their own and neither with the sense to balance him. He careened off the offended woman and pitched forward, landing with a jarring crack as his knees hit the parquet flooring, bringing him to a merciful, though abrupt, halt.

Panting and completely aware of the silence all around him, Roger stared straight ahead, willing everyone in attendance to simply ignore his blundering progress and go about their business. After a moment, talking resumed, along with a few titters of mirth, and he breathed a great sigh–the whole escapade could’ve been worse, perhaps, but not by much.

About to rise and resume the hunt for his blasted cousin, Roger suddenly realized he’d been staring for some time at smooth, white satin fabric with a fine design of white birds and flowers woven into the material. Obviously a woman’s skirt; ergo the woman it belonged to had been standing over him the entire time. Accepting that the evening could absolutely get no worse, Roger raised his chin and gazed into the face of an angel.

It Happened Under the Mistletoe will release this week, so keep an eye out for the release party here on my blog.

19 Responses to Weekend Writing Warriors ~ 11/08/20 It Happened Beneath the Mistletoe: An Abrupt Halt