As the holiday season approaches, I thought I’d give everyone a little taste of my newest Christmas novel, The Widow’s Christmas Surprise. 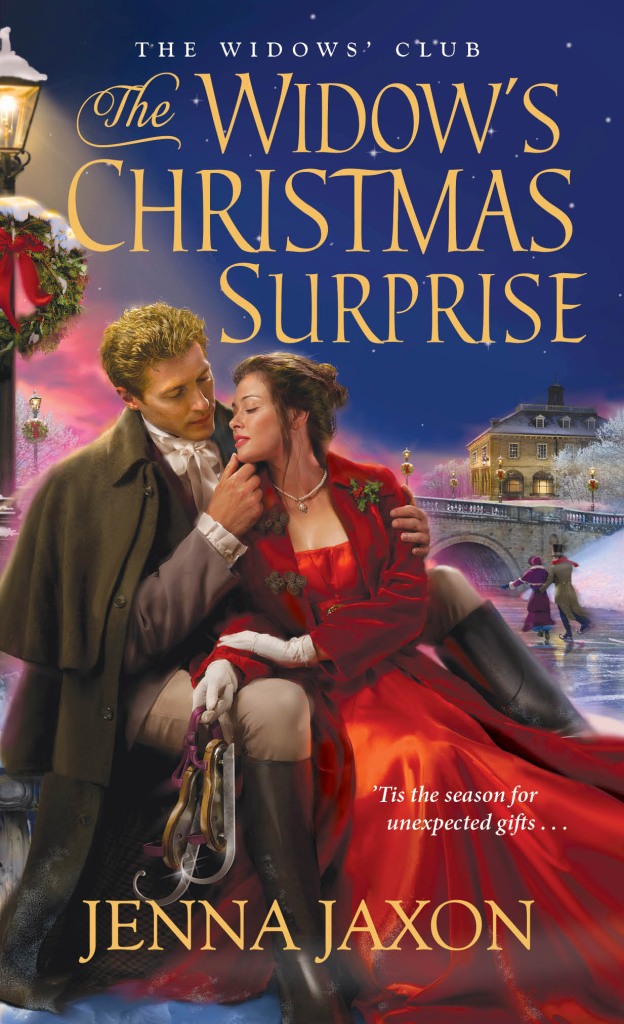 In the excerpt I’ll be sharing for the next weeks, Maria and others in the family are preparing for Christmas by going into the woods to gather greenery for the upcoming Christmas house party being given by the new Lord Kersey

“Good morning, again, ladies and gentlemen.” Lord Kersey spoke up over the chatter of the breakfasters. “I know for several of you this morning’s summons was a surprise,” he looked directly first at Lord Wetherby and then at James Garrett, “but you really should not have been, given that today is December sixth.”

December sixth? Maria looked blankly around the table. Jane’s face showed the same confusion that must be on her own face. However, Mr. and Miss Granger were now smiling as well as the Garretts, obviously understanding the importance of the date.

Naturally, Jane would be the one to speak up first. “I’m sorry, my lord, but what is the significance of December sixth?”

“It is St. Nicholas’s Day, my dear.” Lady Kersey answered, her eyes lit with excitement. “A holiday we enjoyed celebrating in Virginia very much.”

“Oh, yes, in my flurry of unpacking,” Jane sent an arch look toward Maria, “I quite forgot the day.” Sipping her tea nonchalantly, Jane laughed softly. “I have not truly celebrated it since my children were small.”

“Does it have something to do with Advent?” Maria cocked her head. She’d heard the day spoken of, but as the beginning of the Christmas season.

Carefully setting down his cup, Mr. Granger smiled at her indulgently. “If I may, my lord?”

Nodding, Lord Kersey raised his cup in a salute. “Thank you, Mr. Granger.”

“It isn’t directly connected to Advent, Lady Kersey.” Suddenly all Mr. Granger’s attention was focused on her, making her want to shrink back in her chair.

All eyes seemed to be on her.

Mr. Granger smiled kindly and continued. “It is, however, a Christian feast day and a celebration of the good works of Saint Nicholas of Myra who was known for secretly giving gifts to children.”

“I remember getting small gifts in my stockings when I was young.” That had been fun. How had she forgotten all about that? She would have to begin doing that with Jane next year. “How is it celebrated now?”

“The same way you have said. The evening before, all the children put out their shoes or stockings and the good saint is supposed to come by in the night and fill them with candy or gold coins.” Mr. Granger exchanged a glance with his sister. “You remember that, don’t you Bella?” He turned back to Maria, making tingles of excitement speed through her. “It also unofficially begins the Christmas season.”

I’ll be posting snippets of this scene every Friday until Christmas. So see you next week!

This entry was posted in Uncategorized. Bookmark the permalink.

2 Responses to The Widow’s Christmas Surprise: A Holiday Outing