Surprised by The Widow’s Christmas Surprise!

I looked out my door yesterday and was surprised and thrilled to find copies of The Widow’s Christmas Surprise for me to use in my promo and giveaways next week when the book releases on Tuesday, September 29! 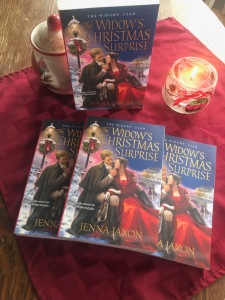 It’s beginning to look a lot like Christmas! So excited for this book release! Barnes & Noble won’t be allowing book signings in the foreseeable future, however, they have said I can come to the stores, much as I did last January for Much Ado About A Widow, and sign copies that are in the store. So I’ll be heading out a couple of weekends during October and November to go on another signing tour, if you’re interested in getting a signed copy of The Widow’s Christmas Surprise. (Great Christmas present idea!)  I’ll keep you updated on where I’ll be going, so if you’re in the area, you can grab your copy.

With the release on Tuesday, I’ll be announcing the winners of The Widow’s Christmas Surprise Giveaway on the blog. If you haven’t already entered to win, there’s still time until Monday night. Tuesday I’ll draw the winners and announce them during the Release Party! So go enter to win! Prizes include: Signed print copies of all of the Widows’ Club series books, Christmas ornaments (just bought some at Busch Gardens the Old Country last night!), swag packs, and a $25.00 Amazon gift card. 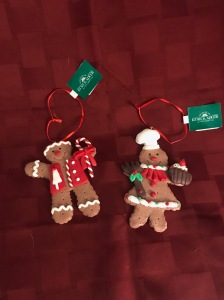 And if you haven’t entered to win yet, just click here to take you to the Rafflecopter giveaway!

I hope everyone here has a great weekend! Stop back by as I’ll be posting any updates on the release and hope I’ll see you for the Release Party on Tuesday!

2 Responses to Surprised by The Widow’s Christmas Surprise!