I’ve switched to my next big release in late December, Book 4 of The Widows’ Club series, Much Ado About A Widow! If you’ve been keeping up with my widows over the past year or so, this book is Georgie’s story–a true romantic comedy adventure romance. Of course, nothing else would do for the heroine, Lady Georgina Kirkpatrick!

I started my snippets a good way into the story. Lady Georgina, on the way back to her father’s house to an arranged marriage with a man she’s already jilted once, is kidnapped. She manages to escape and runs straight into the arms of her brother’s friend, Robin, Marquess of St. Just. She’s more than distrustful of Rob, having convinced herself the young man is wild and has ambitions to become a pirate. But beggars can’t be choosers, so she enlists his aid. He’s rowed her out to his ship and they have settled down to get to the bottom of things. After she relates her story, she asks for the loan of a carriage, but St. Just says he doesn’t have one, he’s only in Portsmouth for the day. He manages to convince Georgie that going to an inn for the night is a very bad idea.

“Why should we all not go to an inn?” 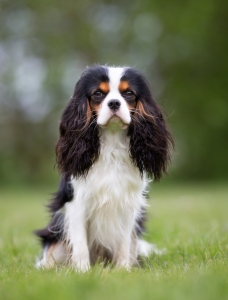 “Because—again—your kidnappers will be looking for you in all the inns; there are not many a lady would go to by herself with her maid and even a small number of men could search thoroughly throughout the night and find you.” He glanced at Lulu, who had nestled at Georgie’s feet. The dog raised her head, bared her teeth at him, then settled back down. “It would be more than easy to ask for a woman, her maid, and such a distinguishable dog.”

Again, Georgie wanted to argue, but St. Just’s logic simply got the better of her–if the kidnappers were still looking for her, they likely would find her and take her to their “Master.”

“I must say, Lady Georgina, even if it seemed safe to send you back to Blackham Castle, I am not convinced such a journey would be in your best interests.”

That took her aback–she cocked her head and asked, “Why?”

“The kidnappers must guess that is where you will try to go when you leave Portsmouth; it will be child’s play for them to lie in wait along the post road for you and simply capture you again.”

Drat it, she might not like the man, but she had to admit he had some wits about him. 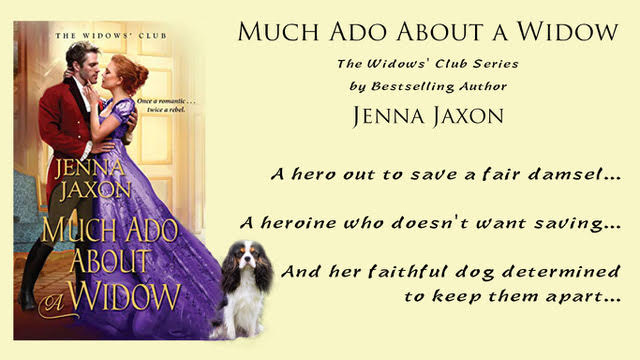 Much Ado About A Widow is now available for pre-order here and will release on New Year’s Eve, December 31, 2019!

Also, to celebrate my release (a bit early) I’m holding a Rafflecopter giveaway with several fun prizes. The first is a stuffed version of Lulu. Other prizes

include a signed print copy of Much Ado About A Widow, and a book from my back listed Widows’ Club books. To enter to win click HERE.