Welcome back to WWW.

I have switched this month to one of my favorite books that is currently on sale, Only Scandal Will Do. 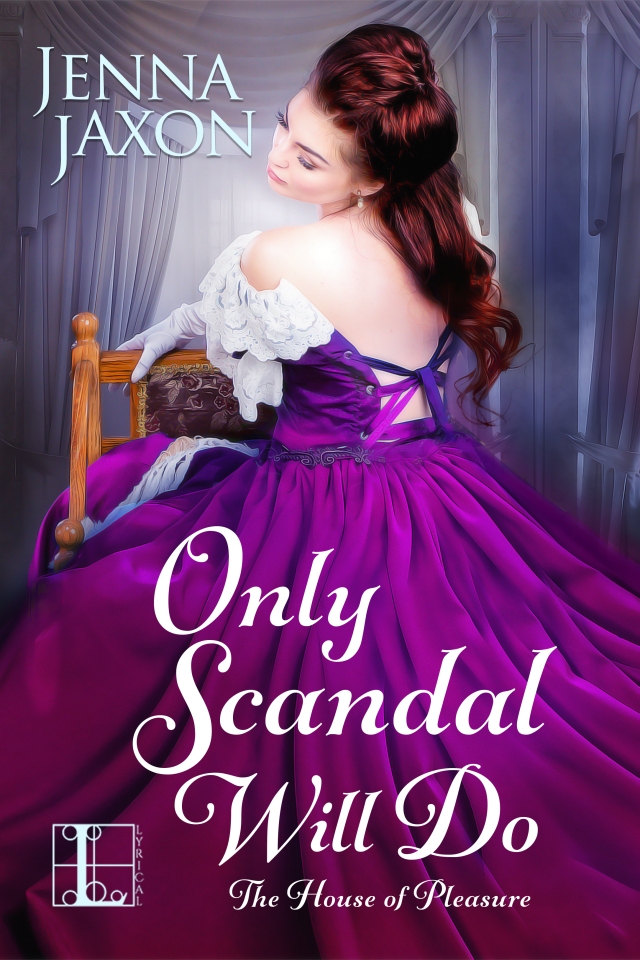 He has the woman of his dreams, but what price will he have to pay to win her heart?

Kidnapped and sold at auction in a London brothel, Lady Katarina Fitzwilliam squelches an undeniable attraction to the masked stranger who purchased her, pits her wits against him, and escapes him and the scandal that would ruin her life.

Unable to resist temptation in a London brothel, Duncan Ferrers, Marquess of Dalbury, purchases a fiery beauty. She claims she’s a lady, but how can she be? No lady of his acquaintance in polite society is anything like her. Then he discovers she is who she says, and that this latest romp has compromised her reputation. He knows how that is. One more scandal and he’ll be cast out of London society, but he needs a wife who’ll provide an heir to carry on his illustrious family’s name. He seeks out Katarina, intending only to scotch the scandal, but instead finds his heart ensnared. He’s betting their future he’ll capture her heart, but does he have what it takes to win the wager?

Content warning: A blade-wielding heroine who crosses swords with a master of sensuality.

I’m starting about a third of the way through the book. Lady Katarina has been kidnapped, sold at auction in a brothel to a masked man, has escaped with her virtue, and has now come face to face with the man, who now wants to marry her. She’s refused and now her brother wants to duel with the man, to the death. Kat, who is a wicked swordswoman, has other ideas: let her fight for her own honor and the possibility of not having to marry the man she loathes. They have now agreed to fight to “first blood.” The first one to draw blood wins the match.

I’ve skipped ahead to the beginning of the match itself. Manning is Lord Manning, Katarina’s brother. The speaker is Duncan, Marquess of Dalbury, the man Kat is facing in the duel.

The snippet  has been slightly altered to accommodate the WWW format.

“But will you be so kind as to introduce me to your friend here, Manning,” he gestured to the young man he had come up behind, but who had not turned to greet him, “I did not know you were bringing another witness.” 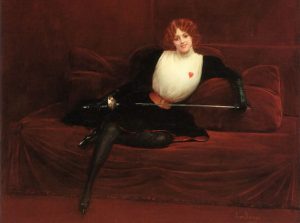 “I would say we have already been introduced several times, Lord Dalbury,” said the youth, finally turning. “Do you not recognize me, my lord?” said Katarina, smiling merrily as she tugged on her shirtsleeves, easing them down under the coat sleeves.

Duncan’s mouth slackened with shock because the well-fitting garments that, from the back, had hidden her form, now showed absolutely every one of Lady Katarina’s lovely curves. His attention kept straying to the fawn colored breeches–neatly buckled below the knee, thank God. What would he have done if she had shown her knees? The breeches hugged her hips–her hips!–defining the curvaceous body he remembered so vividly.

He forced his eyes up, relaxing somewhat at the coat that resembled a lady’s riding costume; it was, however, a man’s garment, a sleeved waistcoat, in cherry-red worsted with silver buttons down the front, over a plain linen shirt–no evidence of stays. Sweet Christ, her breasts would be unconfined during the duel; what if he injured them?

Her magnificent auburn hair was pulled back from her face, but he’d seen no evidence of locks down her back when he approached her, forcing him to gasp out, “What have you done to your hair?”

Only Scandal Will Do is currently available on

You can also watch the trailer for the book below.

The House of Pleasure series by Jenna Jaxon