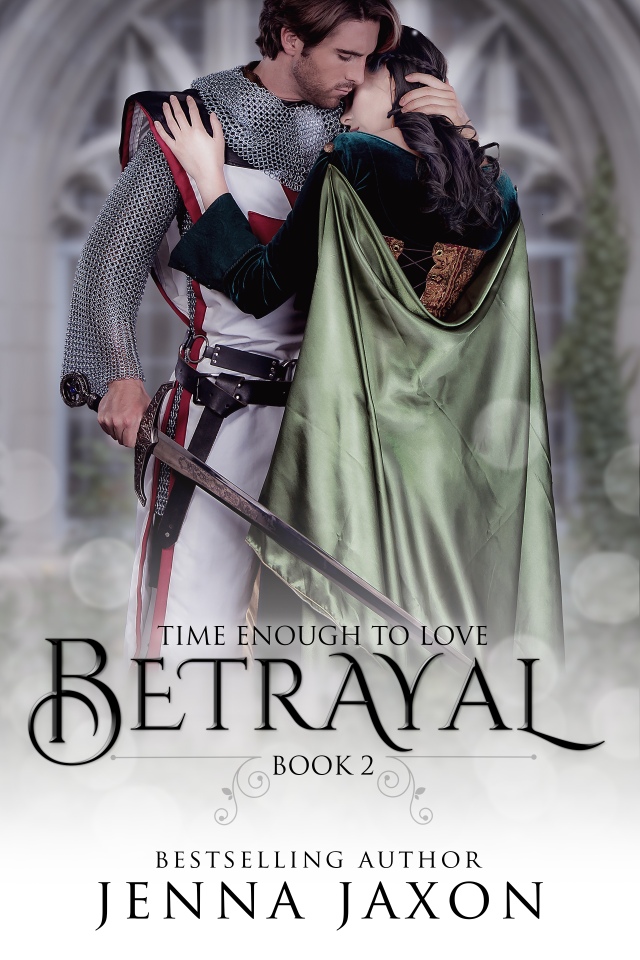 This week I’m revealing the new cover for Betrayal, Book 2 of the Time Enough to Love series, so I thought I’d bring back a very popular post that I wrote then Betrayal was first released: Bedding the Bride.

One of my favorite things about writing historical romance is all the really cool customs and laws and tradition you run across that seem barbaric to us now, but were pretty much accepted at the time they were done. Bedding the Bride was a custom from the Middle Ages that lived on in some form until much later, although I can scarcely imagine that we would condone it these days. But a scene in Betrayal occurs where the custom is enacted with very interesting results.

Marriage customs during the Middle Ages were varied and in some cases, exceedingly strange to our modern day sensibilities.  One such custom was “bedding the bride.”

The ceremony actually should be called “bedding the couple” because both bride and groom were participants along with their family, friends, and wedding guests.

According to Alison Weir,  “One feature of medieval royal weddings that seems shockingly intrusive today was the public bedding ceremony, in which the newly wedded couple were put to bed together by their attendants and toasted by their guests, as the bed was blessed by a bishop or priest.  Then they were left alone to attend to their chief duty, the begetting of heirs to ensure the succession.  This bawdy custom had died out by the end of the 17t century.”

The custom was not confined to royalty, however.  Both nobles and commoners celebrated weddings in this manner as well.

After the marriage ceremony, the bride and groom would retire to separate rooms and their attendants (family or friends) would dress them for bed.  At one time, in Scandinavia, the guests would instead strip the couple naked.  Then they would be conducted to the bedroom, often followed by shouts of bawdy comments.  A priest would bless the bed and the couple would be put into bed and handed a cup of “sweetened and spiced wine, again blessed by the priest, known as the ‘benediction posset,’” according to George Monger.

Afterward, the attendants participated in “the divination custom of throwing the stocking.”  The attendants would have secured the stockings of the bride and groom. Two grooms’ men would sit on one side of the bed and two brides’ maids would sit on the other with their backs to the center.  Each one took turns throwing the stockings over their shoulders.  If a groomsman hit the bride or a bridesmaid hit the groom with one, then it indicated that person would soon marry.  A forerunner of tossing the garter and the wedding bouquet.

Once the posset was drunk and the stockings tossed, the curtains would be drawn, the company would retire, and the newlyweds would be left to their own devices.

In rare cases, if the couple were royalty, or if there was a doubt about the “ability” of the groom, attendants stayed in the room while the consummation took place.

The custom of the bedding ceremony died out by the late 1600s. But until then, brides and grooms had lots of company on their wedding night. Apparently no one had heard that two’s company, twenty’s a crowd. J

Marriage Customs of the World:  From Henna to Honeymoons by George Monger

And here’s an excerpt from that wedding night scene in Betrayal:

“Lady Braeton.” He held out his hand, and Alyse had no choice but to take it. He raised it to his lips, searing her flesh with their warm touch. “You are a vision I scarce would credit this side of heaven.”

She peered into his darkened eyes, seeking mercy. At his almost imperceptible nod, she could breathe again.

He released her and stepped back. “The wedding is done.” Thomas nodded to his attendants, who stepped forward. “Let the bedding be done as well.” Stretching forth his arms, he waited as the men stripped the robe from him, revealing his perfectly nude body beneath.

A brisk hum echoed around the room as the whispered comments of the ladies merged with the bawdy japes of the gentlemen. Thomas stood unflinching, a slight smile still on his lips.

Alyse’s mouth dropped open, and her gaze raced over his form as she tried to look everywhere and nowhere at once. His shoulders, smooth and broad, showed strength from wielding his sword these many years. The arms that had held her were now bare and sculpted like a statue’s. Her gaze slipped lower, to his chest matted thickly with pale hair over well-defined muscles. She tried to stop there, to force her eyes back to his face. But she had seen his cock, jutting boldly from a golden bush. Heat rushed to her cheeks. She could no longer deny that their bedding tonight would completely consummate their marriage. Whether she agreed or not. How else would the witnesses be satisfied?

Anger flooded her mouth with a sickening metallic taste. This was where her duty now lay. She had to submit to Thomas as her husband, before all these people. Even though he had promised not to force her, he would need to claim her or else suffer ridicule at the hands of the courtiers. Why had he not told her the truth?

She looked up to find him engaged in some rude jest with his friends, likely at her expense. One more grievance to lay against him. Trying to ignore them, she willed herself to control her anger. Then a small movement drew her attention to Lady Carlyle, standing almost beside Thomas. Her eyes, riveted to him, revealed a hunger as deep as his had been moments before when he beheld Alyse. She remembered Thomas paying court to Lady Carlyle in the joust procession and at the banquet. Were there other, more intimate times as well? The woman’s actions toward Alyse tonight suddenly made perfect sense. Simple jealousy had been behind her disrespect.

Astonishment at the one revelation gave way to another: her pulse pounded with the selfsame jealousy. A possessiveness she had not expected reared its head and seized her.

He was her husband now. Hers alone.

With a brief glare at the woman she now deemed her adversary, Alyse turned her gaze to her bridegroom and steeled herself. Time to bed the bride.

Betrayal is available on Amazon, Smashwords, and other e-book retailers for .99 for one week only.

BOOKS IN THE TIME ENOUGH TO LOVE SERIES

1 Response to Bedding the Bride: A Medieval Marriage Custom