My 10 year celebration continues with the reveal of the new cover for Betrothal. 🙂

Betrothal is the first book of Time Enough to Love. It is 1348 in England, at the court of King Edward III. Edward’s daughter, Princess Joanna, is about to journey to Spain to marry Prince Pedro. This is the story of some of the princess’s courtiers.

I’ve skipped ahead a little bit (If you want to read that snippet, visit my blog post for the release of Betrothal’s new cover)  from where we left off last week. Alyse has discovered the man she is betrothed to is Sir Geoffrey Longford, Lord Braeton’s best friend. They are standing in front of all the court after the announcement is made. 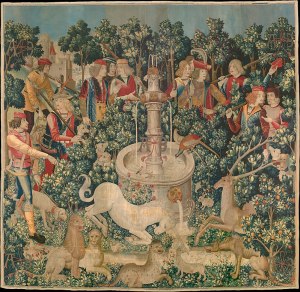 Spellbound, she watched him, head bent over her now-smoldering hand, kissing it with an unhurried thoroughness that seemed to stop time. His lips scorched where they lingered, spreading a fire that consumed her body and mind. Had she the strength, she would have snatched her hand from his grasp to save herself from immolation. Other men had danced with her, held her hand, kissed it. They had never made her feel thus.

In a daze, she watched Geoffrey wrench his lips from her hand and stand, eyes widened as if amazed. His brows furrowed a moment then he spoke to the king. “May I ask, Your Majesty, when the banns will be read? I am sorely pressed to begin my ‘repentance.’”

When Lady Alyse de Courcy is betrothed to Sir Geoffrey Longford, she has no choice but to make the best of a bad bargain. The hulking knight is far from her ideal man, and although he does possess some wit and charm, he is no match for the sinfully sensual man she secretly admires, Thomas, Earl of Braeton, her betrothed’s best friend.

From the first, Sir Geoffrey finds himself smitten by Lady Alyse, and, despite her infatuation with his friend, vows to win her love. When Geoffrey puts his mind to wooing Alyse, he is delighted to find her succumbing to his seduction. But when cruel circumstances separate them, Geoffrey must watch helplessly as Thomas steps in to protect Alyse—and falls in love with her himself.

As the three courtiers accompany Princess Joanna to her wedding in Spain, they run headlong into the Black Plague. With her world plunged into chaos, Alyse struggles with her feelings for both the men she loves. But which love will survive?

Betrothal is available on sale for .99 on Amazon for two more days!

Time Enough to Love is available on sale until January 31 for $2.99 on Amazon.

And now for the Rafflecopter giveaway. To celebrate my 10th year as a writer, I’m giving away a $25.00 gift card to Amazon. Just click here and you can enter to win by random drawing in several different ways. The drawing will be held on January 31.

Next week I’ll be moving on to Betrayal as I’m revealing that new cover this Wednesday on my blog. 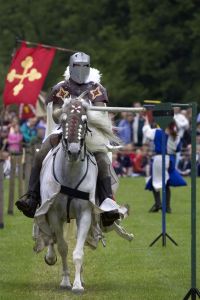