I’m sharing from the brand new short story I’ve just released for Halloween called Hearts at All Hallows’ Eve. It’s set in the world of my Handful of Hearts series and it will be FREE to those who sign up for my newsletter in October! Just click here. 🙂 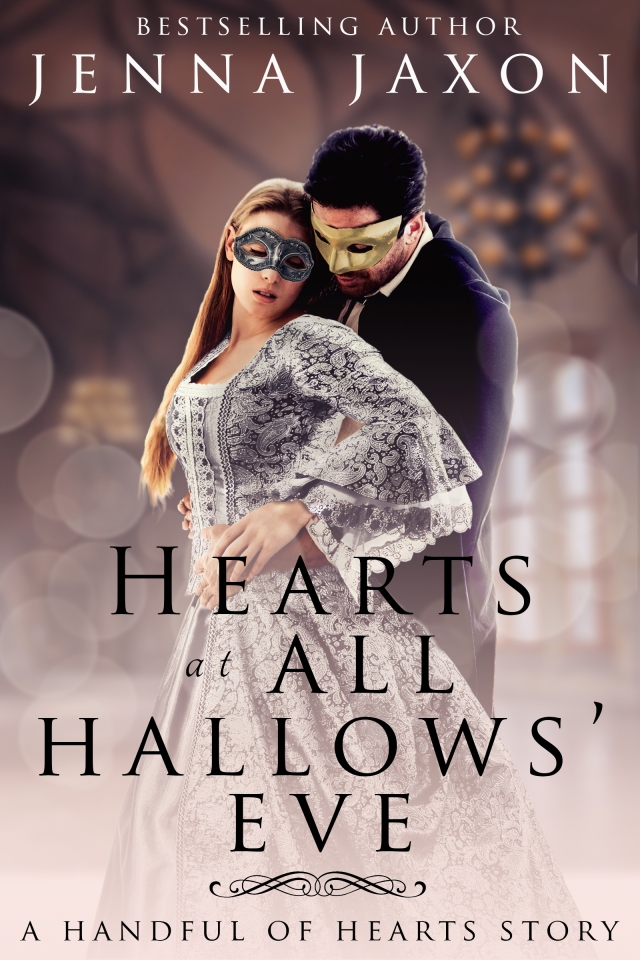 Miss Cecilia Powell is attending her first masquerade on All Hallows’ Eve when she sees something just a little strange. A hooded figure in black begins to stalk toward her, a mysterious and handsome stranger in a glittering mask and black domino.

This snippet continues from last week’s. Cecilia and the mysterious stranger have finished their dance and the clock is striking midnight.

“Indeed, I do, for your dancing gave you away,” she giggled again, nervous as the clock began to strike. “I believe I met and danced with your brother at Lady Hamilton’s ball in May–you whirl your partner in just the same breathtaking way he did.” Some of the lightness left her as she said, “I was very distressed when I heard he had—”

“Drowned?” The clock almost smothered his voice as it continued to chime the midnight hour.

“Yes, may I extend my belated condolences to you?” He must be grieving still, for his lips had tightened.

“I accept them with heartfelt gratitude, however, I fear you are mistaken.”

Was he not the new Lord Seaton after all?

BLURB for Hearts at All Hallows’ Eve:

When Miss Cecilia Powell attends her very first masquerade on All Hallows’ Eve, she’s thrilled when a mysterious  reveler pays court to her. As their encounter continues, Cecilia is charmed, then smitten with this masked stranger, even though she senses something odd about him. Is he truly the man of her dreams, or will Cecilia find her dream a true  nightmare?

Hearts at All Hallows’ Eve is available at Amazon, B & N, and Smashwords, as well as other e-tailers.

Books in The Handful of Hearts series:

Halloween Party at my blog on Tuesday, with prizes: giveaways of copies of Hearts at All Hallows’ Eve, Only A Mistress Will Do, and a signed copy of Ella Quinn’s Three Weeks to Wed, plus gift cards! Stop by my blog and enter a comment for a chance to win!