Join us, our heroes and heroines and as we see that crucial first encounter with a couple meant to be together.

This week’s excerpt is from

Soul of the Wolf

(The Novels of Ravenwood, Book 2) 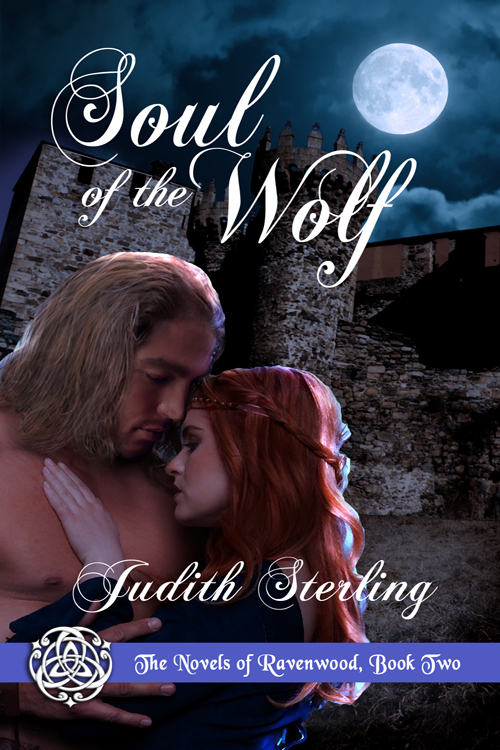 At first, she saw only the towering stones, nine of which formed a circle.  Two more stood at the ring’s center, crowned by a final, horizontal stone.

It looks like a gateway, she mused, studying the central piling.

A tall man stepped from behind one of the weathered stones into the path of the wind.  Only his profile was visible above his whirling, blue cloak.  He was clean-shaven and fair-skinned, with strong features and straight, shoulder-length hair so blond it shamed the cowering sun.

He was simply the handsomest man she’d ever seen.  Her gaze, her whole being, was riveted on him; his was glued to a raven perched atop a bordering stone.

It flew off into the whispering forest as the man turned.

A Norman loyalist, Lady Jocelyn bristles when ordered to marry Wulfstan, a Saxon sorcerer. She nurses a painful secret and would rather bathe in a cesspit than be pawed by such a man…until her lifelong dream of motherhood rears its head.

A man of magic and mystery, Wulfstan has no time for wedded bliss. He fears that consummating their marriage will bind their souls and wrench his focus from the ancient riddle his dying mother begged him to solve. He’s a lone wolf, salving old wounds with endless work. But Jocelyn stirs him as no woman ever has.

Their attraction is undeniable. Their fates are intertwined. Together, they must face their demons and bring light to a troubled land.

Buy at The Wild Rose Press

Buy at Barnes and Noble

Next week follow Judith to Lane McFarland’s blog for the next installment!

And find my next installment of the first meet in Betrothal on Judith’s blog today.