Interview with Gina Danna and The Wicked North 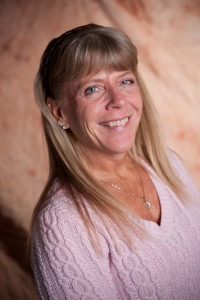 First of all, tell us a little bit about your new release. This is a story about my favorite time period – the American Civil War (officially called The War of the Rebellion)

I am a BIG fan of the Civil War period. It was one of my specialties when I was in undergrad school. I grew up across from the Crater National Battlefield in Petersburg, VA, so it’s kind of steeped into me. 🙂

What was your inspiration for this story? My love of that period. So defining in who we are as a nation.

I am a fanatic about my character names. Are the character names special in any way? Emma, the heroine, her family name and various names are my family’s names, through my mother’s side. My maternal family dates back here in the “New World” in the 1600s.

What was your process for writing this book? Is this different or the same as other books you’ve written? This book was somewhat outlined – vaguely outlined really. The difference was it took me longer to write because, as much as I myself demand historical accuracy, I knew this period and the people who study it, would pick up anything, even minute, that was wrong so had to be correct down to the ‘t’.

This is so true in so many periods. Regency readers demand that degree of accuracy as well.

Do you have plans for a sequel to this book? Am currently writing book 2, with the beginning of book 3 written and book 4 stirring in my muse…

Who was the first romance author and book you read? Kathleen Woodiwiss – The Flame and The Flower.

Mine was her The Wolf and the Dove!

If you could have one wish granted just for you (not world peace, LOL), what would you wish for? That animal abuse/enthusiasm was eliminated and abusers convicted to true sentences.

Now, the Lightning Round:

What is your favorite amusement park ride? Rollercoaster

Tea or coffee? Coffee in am, tea pm

French manicure or color (and if color, what color)? French Manicure

Would you rather skydive or scuba dive? Neither

Would you rather vacation in Hawaii, Vegas or London? London!

What’s the one thing you would never do? Ski!

Well done, Gina! You survived the Lightning Round! LOL  Now that’s hurry on to your Civil War romance, The Wicked North. And I love that cover! Absolutely gorgeous! 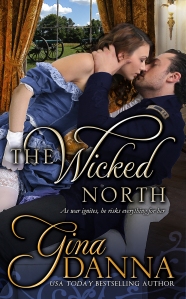 Bound by duty and honor to wear the Union blue, a Southern-born West Point officer fights his own desires and the need to protect the woman he abandoned, he disobeys his orders to find her, as the Army of the Potomac marches toward her family’s home near Richmond.

She has the guts and willpower to protect her home from the hated Yankee aggressors, but when that traitor to the South appears at her door, she’s torn between wanting to shoot him and to be held in his arms again. Can she forgive him for their past indiscretion or does she turn him in to be executed, a traitor to both sides?

In the summer of 1862, her family’s plantation becomes the personal battle ground between them as deceit, betrayal and passion ignite the flames of love and hate that burn brighter than the roar of the guns and rivers of blood surrounding them.

Find out where your enemy is. Get at him as soon as you can, and strike him as hard as you can. And keep moving on!

Emma Silvers was not afraid to shoot Yankees.

She leveled the .57 caliber Enfield rifle at the line of blue coats standing before her porch at Rose Hill that evening. She counted ten men, fully armed and wielding torches. They reeked of wet wool, sweat and gun powder–a noxious mixture combined with the scent of pink roses surrounding the house. Bile rose in her throat. She swallowed hard.

The officer took a step forward. In the dim light, she couldn’t discern his face, though she saw him flinch as she pointed the muzzle at him.

“I want you off my land, now,” she demanded, her voice remarkably even despite her pounding heart. At twenty-two years and virtually alone, she knew one able-bodied man could easily overwhelm her. With no able men and few slaves remaining, she only had bravado left.

“Now, ma’am,” the Union officer began. He spoke like a gentleman, but, dressed in blue, he was an imposter as far as she was concerned.

Jeremiah, just behind her right shoulder, cocked the hammer on his rifle—a welcome sound to her ears. Good boy, Emma thought. If the Yankees didn’t believe she was a threat, she hoped the armed slave boy next to her got the message across. She wasn’t allowing any soldiers on her property again.

The rifle felt heavier by the minute, making her muscles ache, and she feared she’d drop it. The weapon was foreign to her hands, but as the war raged closer to her home, she learned to use it. She wasn’t very good at it, but, as close as the Yankees were, she was bound to hit one of them. She didn’t want to pull the trigger. The gun’s recoil would knock her off her feet, throwing her aim off. With so few bullets left, she’d hate to lose the shot.

The light streamed through the open front door across the officer as he stepped onto the porch. She saw his face and the nose of the gun slipped. Jack Fontaine, that good-for-nothing traitor! How dare he come here, especially after what had happened last summer? Rage took control and gave her the added strength to pull the muzzle up to his chest as she cocked the trigger.

“Emma, please,” he said softly. He looked at her the same way he had that night months ago, his green eyes glowing like emeralds in the light. She remembered those eyes, those mesmerizing emerald eyes. They were all hers the night she had lost her heart to him. The night he had betrayed her. Her anger flared. No. Not this time. Not again, she vowed. Gritting her teeth, Emma narrowed her gaze.

“Get away from me, Jack, or I swear to God, I’ll blow a hole through you and send you straight to hell!”

Inside the house, a babe wailed. Emma instinctively turned. Jack reached for her and she panicked, squeezing the trigger. The rifle exploded, throwing her backwards, pain shooting into her shoulder. But instead of falling, she found herself in Jack’s arms as they wrapped around her, shielding her back from the impact of the wooden floor.

The patrol stormed onto the porch and into the house. Lying in his embrace, his body shielding hers as his troops marched past them, Emma couldn’t breathe. Her eyes were wide open. She felt the heat of him around her. The scent of him invaded her senses. Warm, masculine, and spicy rolled into one. She fought the heat in her belly, but it was hard as his eyes locked onto hers, his lips only inches away.

She closed her eyes. Behind her, the wailing continued, and she heard the thud of soldiers’ boots inside. Her jaw tightened as she glared at him. “Get off me, Jack.”

The Wicked North is available at the following retailers:

13 Responses to Interview with Gina Danna and The Wicked North