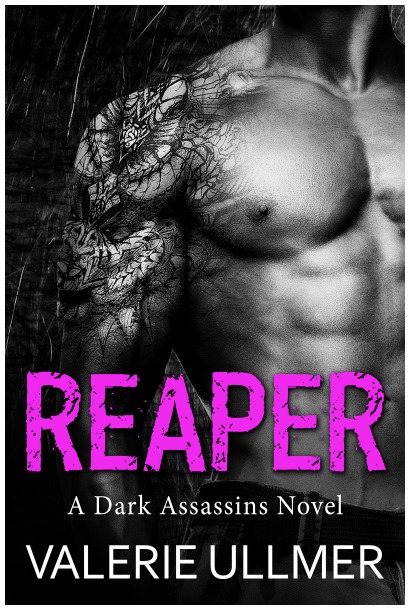 A wolf-shifter and his powerful human.

Reaper had expected it to be an easy assignment. Break into a biotech facility with minimum security and rescue a group of immortals who were subject to deadly experiments and eliminate those who might try to fight back. But the moment he walked into the glass prison and spotted a human woman being held with the immortals, his mission changed.

She became his mission.

Before Reaper had a chance to explain that he was there to help her, she blinded him and the rest of his team and slipped away. Although she had escaped him, a protectiveness that he’d never felt washed over him, and he became determined to find her.

Ara has always depended on herself, but there was something about the shifter that made her want to trust him. She recognized him as someone who was capable of protecting her as well as understanding her secrets without turning her away, but before she could allow herself to trust him, she ran.

But with no resources and running out of ideas about how to protect herself, will she be able to lower her defenses and allow the shifter to help her?

“I’ve been looking for you,” he said.

Her eyebrow rose in question, but she didn’t speak.

“You disappeared from me and my team before we could rescue you from Standard.  I could sense you near, but you stayed hidden from me.”

“Why were you there in the first place?” she asked.

He enjoyed her low, smoky voice as she spoke, and it took him a few moments before he answered her question.

“We were assigned to free the shifters and the vampire, but we didn’t know about you.  We were expecting the possibility of more than four, so we were prepared to extract you as well.”

“Me and my team.”  He didn’t want her to know the entire truth until she had trusted him, after she had gotten to know him.

Something in his answer made her tense.  So did the next words out of his mouth.

“Why don’t I take you to my house?  We can grab a bite to eat and you can get some sleep.”

Her head shook and she stepped back from him.

Her rejection tugged something in his chest that left an ache.  Fuck, he had pressed too hard.

He held his hands up in surrender, showing her that he wouldn’t force her, but he thought about how he might appear to her.  Ready for battle, he was decked out in all black, two guns in holsters at his hips, a knife sheathed around his right thigh, and a semi-automatic strapped to his back.

He searched for words that would put her at ease with him.  When he spotted movement to his right, he glanced inside and spotted Liv in Kai’s arms.  Kai had Liv back, and he knew that the vampire would do everything in his power to save his mate.

“Thank you, for what you did for Liv.”

Curses whipped around in his brain as he watched her eyes widen at his words and felt her pulse speed up to near panic.  He realized, too late, that he said the wrong thing, again.

His words must’ve reminded her of her captivity, and she confirmed his suspicions when she darted her gaze into the warehouse.  When she nodded, satisfied that Liv was in safe hands, she jerked away from the window and started down the alley.  In the opposite direction of where he stood.

At a loss for words, he followed after her.  After a few blocks, she whipped around, outrage marring her features.

“What do you want?” she asked.

Hands held up in surrender, he waited until her breathing settled before he spoke.

“I want to keep you safe, to protect you from whoever is after you.”

The look on her face brought further insight into her world.  Trust didn’t come easily to her, and both times he’d run across her, he had been armed and decked out for combat.  Along with his height and build, she must have thought that he forced people to bend to his will.  But to him, her trust and willingness was more important.  He wondered who had hurt her, but his answers would have to wait.

“I don’t need your help.”  Her voice broke on the last word.

She had shown him in every way possible that she could take care of herself, but with exhaustion pulling at her and the trauma of being imprisoned, it would lead her to make sloppy choices that could lead to her death.

Words weren’t his forte, and trying to convince her that he, a fucking shifter assassin, wasn’t going to hurt her seemed impossible, but he had to try.  If she didn’t listen to him, he would have to take her by force and save the explanations for when she was ready to hear them.

Turning away from him, she started down the street, and he followed.  For several blocks, they walked in silence as he closed the distance between them.

Before he could reach her, he found himself hovering several feet in the air.

He glanced down and noticed the strain on her face as she held him away from her.  He tried to move his arms, but he found his body frozen.  A loud, ferocious growl ripped from his throat at the confinement.  The rage that coursed through him should have had his form shifting into his wolf, an automatic reaction to an unknown situation, but his wolf stayed dormant inside him.

“I’m preventing it.  I know you’re stronger in animal form, and I’m too tired to hold you for long.  The scientists wanted to test them in both forms, but the shifters refused, and I learned how to bind them from doing so.  It took me a couple days, but I eventually learned.”

Her brows drew down, and he knew that she contemplated why she had told him all of this information.  When she glanced up at him, she gave him a small smile.

Before he could ask her about her apology, he found himself flying through the air, back toward the warehouse.  He braced himself for the impact and for the pain that would certainly come with the velocity with which he traveled, but his feet lightly touched the ground before he was released from her hold.