‘Tis the Season: Christmas in July

It all began with Christmas in July…

Five and a half years ago I was taking a five week seminar on Shakespeare in wonderful Washington, DC. I was a fairly new author at the time with a very active blog. And I had very little time between reading Shakespeare and going to my seminar classes to write, although every spare minute was given over to writing. I needed a feature for July, one of the hottest months in DC as far as I’m concerned, so to cool me down I hit upon the idea of Christmas in July—a series of four flash fiction Christmas pieces, 2500 words or less, one for each week in July.  Cool idea, right?

I loved my little Christmas stories that ended up as two contemporary and two historical tales. The final historical, ‘Tis the Season, was actually my favorite. Set in Victorian England it was a story of a girl who reaches her eighteenth birthday, ready for her come-out in the spring, only to be told she’s been betrothed from birth to the boy next door. She’s distraught and defiant until the young man in question assures her that he won’t agree to marry her. He insists she have her London Season with all the trappings: parties, dances, theatres, carriage rides, beaux. But he also tells her he will be there also trying to win her hand and her heart. And in the epilogue we see that he did indeed win his lady. 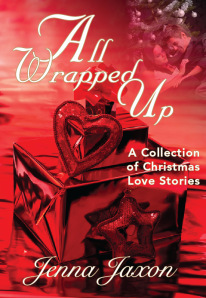 The story ended there for me, until a chance comment on my blog made me see there was more to it. This commenter (I wish I remembered who it was) said they wanted to know about the heroine’s season and how the hero won the girl. I loved that idea and put it on the back burner. The Christmas stories were published that November as an anthology called All Wrapped Up, which is FREE on Amazon and Smashwords.

Last year I finally expanded the short into a novella and Jenny and Alec’s story is now released as A Kiss Beneath the Mistletoe. 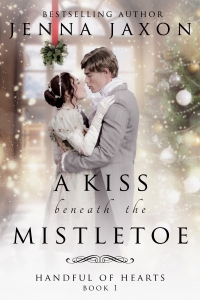 There are, however, several significant differences between the two books. ’Tis the Season was about Jenny’s lost season, hence the title. By the time I finished the novella, I realized the story wasn’t so much about her season as it was about her being kissed underneath the mistletoe. The short story intimates that Jenny does have a season in London; A Kiss Beneath the Mistletoe takes place during a house party during the Christmas season, so Jenny does not get her season in London, per se.

The hero’s name was also changed. Originally it was Thomas, however, since I wrote ‘Tis the Season, I published my medieval series Time Enough to Love where one of the heroes’ names is Thomas. So I changed this hero to Alexander and called him Alec for short.

The ending is also changed slightly to give a subliminal little surprise to the reader. The story is sweet, except for a bit of a “naughty” subtext at the end. I’ll let you read that part for yourselves.

And that is how ‘Tis the Season became A Kiss Beneath the Mistletoe. 🙂

A Kiss Beneath the Mistletoe is available at Amazon.

10 Responses to ‘Tis the Season: Christmas in July