Sorry I’m a day late, but life does that to you sometimes. Anyway, this week’s  featured cover is from another of  my good friends from Romancing Yesteryear, author Beppie Harrison, who released her latest Irish romance, The Reluctant Heart, second book in the Hearts Everlasting series. 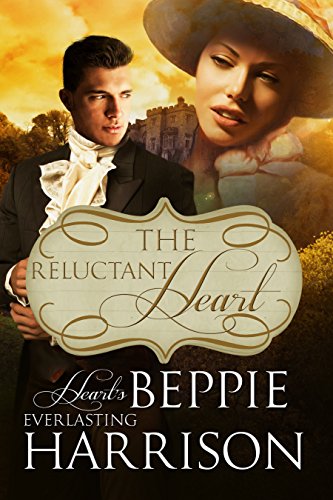 Emmeline Hawthorne flees from a third London Season to escape the insincerity and pointless display of wealth that so irritated her during her first two years. Her widowed mother had threatened her with the prospect of becoming her brother’s unpaid nanny if she didn’t find herself a husband, so Emmeline chooses to go to Ireland, where her brother is aiding their uncle, whose title he will inherit, in the management of the family estate. Unfortunately, one of the first people Emmeline meets is the Viscount Sheffield, an Englishman who seems to personify all of the most exasperating characteristics that she found unendurable during her London seasons. But the viscount is determined to find an Irish estate for himself and to learn to manage it. Against her inclinations, Emmeline becomes involved in his search and his first faltering steps as an English aristocrat learning to manage Irish workmen in an Irish setting. Will he, mistakes and all, become more of the responsible man Emmeline never thought she encountered during her Seasons in London, someone she could fall in love with?

The Reluctant Heart is now available on Amazon.

4 Responses to Cover Spot: The Reluctant Heart by Beppie Harrison