A Kiss Beneath the Mistletoe Release Day!

My sweet Regency Christmas novella, A Kiss Beneath the Mistletoe has released! 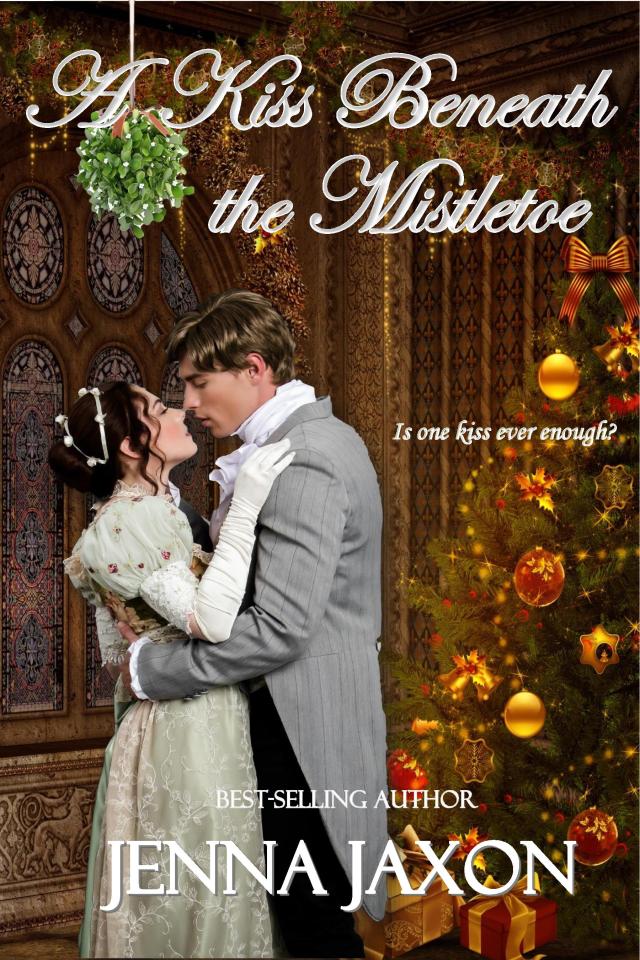 I am so excited to share this book with you all. Not only is it my first Regency, but it is the prequel to a series of novellas I have planned for 2016 called A Handful of Hearts. I hope you enjoy Kiss and come back for more stories about these characters in the new year.

A Kiss Beneath the Mistletoe is currently available at Amazon and Smashwords, with Barnes & Noble soon to follow. I hope you enjoy this little holiday offering as much as I enjoyed writing it!

Is one kiss ever enough?

Dishes of trifle finally sat at each place. Jenny itched to pick up her spoon. She could taste the berries and cream even now. She glanced at her father, who at last smiled and nodded.

“So, Charles, when is the wedding to take place?” Great-Aunt Henrietta trumpeted the question from her place at the mid-point of the table, her spoon already busy with her dessert.

“Wedding, Aunt Henrietta?”  Papa’s voice rose in a question, but he cut his eyes toward Mamma, who sent a frightened look at Jenny.

Odd, but no more so than her great-aunt’s question.  Whose wedding was she talking about?

“Yes, Charles.  Jenny’s wedding to young Alexander here.”  Henrietta nodded across the table to Alexander Isley, who sat up abruptly, staring at her aunt with wide eyes, as though he thought the old lady quite mad.

Jenny thought so herself.  A prickly sensation began at the back of her neck. She shot Alec a quick look. No, his face wore an expression of outright confusion, his brows knit over his dark brown eyes.

“She’s eighteen now, and you promised me when she was of age I’d see her married into the Isley family.  I have lived for the day that I could announce to the world that one of my family had moved into the titled class.”  She glared at Mamma, who blushed and turned to Jenny.

“It’s not as bad as it sounds, Jenny darling,” Mamma said, patting her hand.

That might have reassured Jenny, except her mother’s wide, staring eyes said yes, it was that bad. Maybe worse. Her heart began to pound and the sweet trifle turned sour in her mouth.

“Not bad?” Great-Aunt Henrietta swung her gaze to Jenny and fixed her with a cold blue-eyed stare. “You should be grateful, girl. Your parents and I have arranged for you to take your place in society, as a titled lady in due time.”

“It’s not true is it, Mamma?”  Jenny could barely choke out the words in a voice that didn’t sound like her own at all. Too high, too soft. A peculiar roaring in her ears made her head light.

“Yes, my dear, it most certainly is.”  Great-Aunt Henrietta nodded with such vehemence that the feathers on her green velvet turban bobbed back and forth.  “When your mother refused to marry up, I swore none of your family would ever see a penny of my money.  Then when you were born, she came to me, begged me to reconsider, and promised that you had already been betrothed to the Isley heir here.” She pointed a finger at Alec who looked like he might dive under the table.  “She showed me the betrothal papers.”

Everyone at table sat in stunned silence.  Jenny looked down at her hands, clasped together so tightly her knuckles showed white.  All her dreams of excitement and romance during her season had just exploded in the blink of an eye.  Then the real import of her great-aunt’s word sank in and her stomach twisted. They expected her to marry Alec?

And to celebrate my release, I’m giving away a copy of A Kiss Beneath the Mistletoe to one commenter who tells me they’d like a copy. 🙂

18 Responses to A Kiss Beneath the Mistletoe Release Day!