P is for Pelerine

The Alphabet Posts are back!  Now that I’m not all over the place, I hope to make it through the rest of the alphabet before the end of the year!

Today P is for pelerine, a short woman’s cape made of lace, silk, or fur, with pointed ends at the center front and popular during the 19th century. 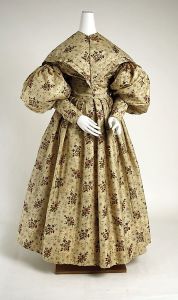 Pelerines could be of the same material as the garment worn, or of a different material.

According to one source, the pelerine was “often associated with relatively casual situations. The fashion press suggested ensembles including pelerines for visits to the country or the seashore.”

There were, however, also more formal  and elaborate pelerines. such as this one from 1835, made of embroidered silk. 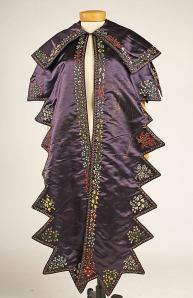 In March of 1853, Godey’s Lady’s Book suggested lace pelerines for “ladies who, for convenience or lightness of dress, wear low corsages [bodices] in the evening, but do not like to leave the neck entirely exposed.” 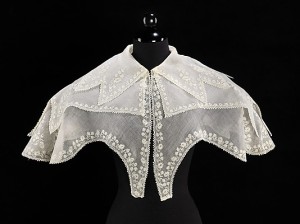 “This is a quintessential example of the multi-tiered pelerine collars of the 1830s that lay on top of the large gigot dress sleeves. The combination of floral embroidery, saw-tooth borders and various pointed edges creates a visually compelling effect.” Metropolitan Museum of Art

And my favorite, a formal pelerine made of jet and silk. 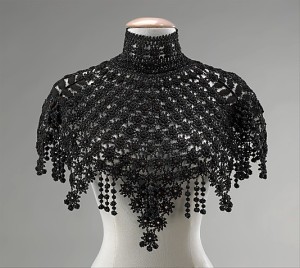 Or this gorgeous specimen: 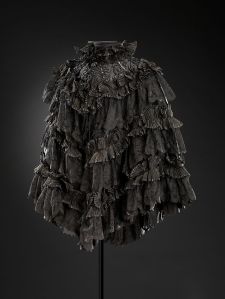 One sometimes envies the fashions of prior eras, when elegance was a way of life.

17 Responses to P is for Pelerine