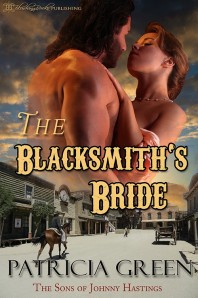 Sunny Winslow knows exactly what she wants: a mature man, solid, reliable, true to his convictions, and handsome, who is established in her new town, Carrollton, Texas. When she meets the blacksmith, Abel Armstrong, she’s immediately hooked. Unfortunately, her mother has other plans for her that do not include a blacksmith. Her mother is determined to tie Sunny to a town counselor who has a suspicious past. Sunny is desperate to escape the counselor, so she embarks on a series of schemes to get what she wants.

Abel Armstrong has some skeletons in his closet. In the nineteenth century, it’s quite the scandal to be a divorced man. Over the course of the last ten years, he’s had to work very hard to get his reputation back. Meeting Sunny is like a breath of fresh air, but he can’t afford to throw caution to the wind and force their joining by doing something disreputable.

Can spankings teach Sunny to have some patience and trust that Abel’s way is the right way? And, can Abel deal with Sunny’s impulsive scheming and keep his standing in the community intact?

This book is one of the five books in the historical romance box set entitled, “The Sons of Johnny Hastings.” It includes books by Patricia Green, Patty Devlin, Renee Rose, Maddie Taylor, and Mary Wehr. All bestselling authors. Five books, all of one theme, for a great low price. Over 500 pages of spanking romance goodness.

In the old west, a divorced man is a pariah, but Sunny wants the blacksmith. Right now!

Excerpt for The Blacksmith’s Bride:

As he put on his hat against the afternoon sun, he observed a game of blind-man’s-bluff a group of young women, somewhere between seventeen and twenty-one years old, were playing. They were laughing and giggling, flitting around each other and trying to confuse the one with the blindfold over her eyes. She was laughing as hard as the others and her attempts to tag one of them were vigorous but fruitless. Her hair was dark blonde with sunlit streaks, and her mouth was a rosebud, pink and tender. The girl’s laugh trilled in the air like the crystal bells the ladies played at church concerts. She had a fine figure, too, petite and perfectly proportioned. A woman that size would make Abel feel like a giant among men.

Eventually, the woman tagged someone, and then fell to the ground with breathless giggles, pulling off her blindfold as she fell. Her eyes were as blue as cornflowers, glowing with youth and vitality. Abel pegged her age at nineteen or twenty. And, best of all, she was new around here. He’d never seen her before. It seemed unlikely that anyone was already courting her…unless she was maybe already married. It was common enough for women of such an age to be married, some with children already. She probably wouldn’t know about his societal scar.

He tried to make out if she had a ring on her finger, but he couldn’t quite tell.

His friend Bruce sauntered up, offering him a glass of lemonade, which Abel took and absentmindedly sipped at. “Now that’s a pretty sight,” Bruce said with a smile, as they watched the girls playing.

“A single man like you could have his pick, Abel. I don’t know why you haven’t settled down yet. It’s been nearly ten years.”

Looking at the new girl, he was wondering the same thing, but it didn’t take him long to remind himself that a giggly girl barely out of the schoolroom was hardly the right mate for man of his age. He needed a widow, maybe. It wasn’t as exciting as having a young woman, of course.

The Blacksmith’s Bride on Amazon: http://goo.gl/FbxotZ

The Sons of Johnny Hastings Box Set on Amazon: http://goo.gl/sv4Cra 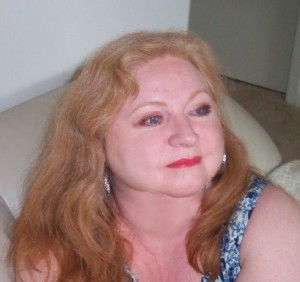 In her personal life, Patricia is married and the mother of twins. When she’s not being the angel of domestic harmony and a semi-crazed creator of fictional friends, she loves to read, crochet, knit and watch hockey and baseball.

You can reach Patricia Green in the following ways: