The cover reveal for

the second novella in my medieval serial novel, 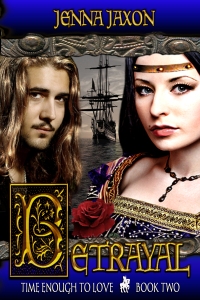 The worst betrayals come from within.

After a night of passion with her betrothed, Sir Geoffrey Longford, Lady Alyse de Courcy is eagerly looking forward to her wedding.  But when Geoffrey is forced to marry another, a heartbroken and possibly pregnant Alyse finds herself in her own private hell. She must either gamble with her reputation or marry someone she does not love.

A reputed connoisseur of women, Thomas, Lord Braeton, has dallied with many ladies of King Edward’s court, although he has favored none.  However, as Geoffrey’s best friend, Thomas has sworn to serve and protect Alyse, an oath now sorely tested when he agrees to marry her—in name only—to guard her reputation. Yet, as they grow closer, and Thomas discovers Alyse’s sweet but spirited nature, he comes to desire a marriage in truth.  Can he overcome her memory of Geoffrey or is Thomas doomed to burn with passion for a woman he can never possess?

And instead of a regular excerpt, I’m posting all of Chapter 1 of Betrayal, which you can read here.  I hope you enjoy it!  Betrayal will release on January 31, 2014 from Rising Phoenix Publications.  So expect another party at the end of the month. 🙂

I want to thank my editor and cover designer, the extraordinarily talented Danielle Fine, for giving me two gorgeous medieval covers.  I can only look forward to the third with great anticipation.

For now, two lucky commenters on my blog today will receive copies of Betrothal, Book 1 of Time Enough to Love.  I hope it whets your appetite for more medieval romance. 🙂