Worst Week Ever by Liza O’Conner

Welcome to Jenna’s Journal.  Today, Liza O’Connor has sent two of her characters from her book Worst Week Ever to be interviewed: Carrie Hanson 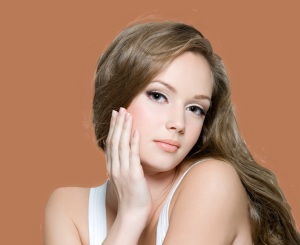 Jenna:  I notice you came in a stretch limo. Liza is certainly sparing no expense for this tour.

Trent: That is my limo not some rental.

Trent: Well, it’s better. Cost nearly twice as much as his. It’s a bullet proof, high performance vehicle, driven by a expert driver.

Carrie: *smiles at Jenna* Sam is a very good driver. Otherwise, I doubt we’d be alive for you to interview us.

Carrie:  We got stuck in traffic and Trent ordered Sam to get off the major highway–

Carrie: Sam warned us the current neighborhood was not up to his standards, but I had no idea how frightening it would be.

Trent: Nor did I.

Carrie: It was is if we’d entered a third world country.

Jenna: Where exactly were you?

Trent: *shrugs* No idea but I strongly recommend you not go there.

Carrie: Sam did warn us that the locals wouldn’t  welcome up.

Trent: Welcome? A gang blocked the road to force us to stop.

Carrie: I closed my eyes at that point. I was sure someone was going to die.

Trent: I came to Carrie’s rescue and pulled her to my chest.

Carrie: It really helped. I was so frightened, but pressed against him I could hear his heart beat once to every three of mine.  His calmness and his fabulous cologne soothed me even as matters outside deteriorated.

Jenna: Did your driver hit someone?

Trent: No. He sped up and they jumped out of the way seconds before impact. However less than a block later someone fires three rounds into my car. I was most outraged they would do such a thing.

Carrie: *grins* Sam assured him they didn’t mean for him to take it personally.

Jenna: *eyes Trent* You don’t look like the type who would put up with such sassiness.

Trent: You wouldn’t believe all the crap I put up with. But if you must know, I promised my father, on his death bed, that I would never fire Sam.

Jenna: Why did your father request such a thing?

Trent: *huffs* I don’t know. My father lived by the rule that a Lancaster never has to explain himself.

Jenna: And you’ve no idea? Have you asked Sam? He might know.

Trent: I’m sure he does. But hell will freeze over before I admit to him I’ve no clue why I can’t fire him. He’s diabolical enough as is.

Jenna: Wow, look at the time. Time to wrap this up. Carrie it was an absolute pleasure to meet you.

Trent: What about me?

Jenna: I was getting there. Trent, you weren’t nearly as impossible as I expected.

Carrie: He’s getting much better. You must remember Worst Week Ever is only a single week. I think Trent has shown remarkable improvement in such a short time. I have great hopes that once we get some happy hard working employees, he’ll become the best boss ever.

Jenna: Good luck with that. Thanks so much for stopping by.

What do you get when you put a hardworking, can-do middle-class young woman together with a egotistical, outrageous, billionaire boss, then throw in the worst week of disasters imaginable?

Book 1 of the 3 book series A Long Road to Love.

Trent Lancaster spends one month without his Executive Assistant, or as his drivers refers to Carrie: ‘Trent’s brain, left hand, and right hand’. He’s had a miserable month without her at his side and to ensure it never happens again, he intends to marry his brilliant beauty. Only given all the times he’s threatened to fire her, he’s not sure she even likes him. However, the future of his company and his happiness depend upon him succeeding, so Trent begins a slow one week seduction that happens to coincide with Carrie’s Worst Week Ever when everything that can go wrong does so in hilarious form.

(Hilarious to the reader–Carrie is not having much fun this week.)

Closing his eyes, Trent enjoyed the pleasure of Carrie’s body pressed against his.

His eyes popped open in horror. Oh God, David’s right. I am besotted.

What the hell was he thinking?

If he became involved with his most valuable employee, in a month, she’d dump him and quit. Then his business would collapse into chaos and he’d finally prove his father right. The old man constantly claimed Trent was a worthless human being and the world’s worst businessman.

And then Carrie arrived and single-handedly saved his company. She never gave up. If one solution failed, she’d find another way to resolve the problem.

He smiled at his sleeping EA. If anyone could make him into a better man, it would be her. Carrie could solve any problem, had the patience of a saint, and the determination of a pit bull. Best of all, she loved a challenge.

Liza lives in Denville, NJ with her dog Jess. They hike in fabulous woods every day, rain or shine, sleet or snow. Having an adventurous nature, she learned to fly small cessnas in NJ, hang-glide in New Zealand, kayak in Pennsylvania, ski in New York, scuba dive with great white sharks in Australia, dig up dinosaur bones in Montana, sky dive in Indiana, and raft a class four river in Tasmania. She’s an avid gardener, amateur photographer, and dabbler in watercolors and graphic arts. Yet through her entire life, her first love has and always will be writing novels. She loves to create interesting characters, set them loose, and scribe what happens.

Don’t forget to leave a comment and provide your email address to win one of the tour prizes.

Want to increase your chances of winning a prize?

Follow Liza’s Craziest Blog Tour Ever through all its stops.

13 Responses to Worst Week Ever by Liza O’Conner