Guest Blogger: Sue Koenig and The Genesis of Nineteen Hundred

I am so pleased to be able to introduce you to a friend and fellow historical writer, Susan Koenig.  At my request, Sue is going to talk a bit about the inspiration for her recently released historical short story Nineteen Hundred.

The inspiration for Nineteen Hundred basically comes from one line in my now discarded Devil’s Mistress manuscript. A friend questioned the meaning of “He never said another word about that ever again.”

The following excerpt is from the Mistress’s POV.

“I’ve never felt like this before, or certainly not in the last century.”

I wonder if he meant to say that aloud. He was quiet for a minute as if thinking about the implications of the thought he had just mumbled.

He appeared uncomfortable; twisting his devil’s claw ring round and round, his forehead creased in thought. I found it almost amusing to see a man who worked for  the Devil so nervous.    Then after what seemed like a long silence, he said,

“The last time ended badly.” He never said another word about that ever again.

And somehow Lori (gotta love friends like her) greased my imagination. I figured out when he would have had this unpleasant experience and how they could have met, what kind of woman she would have been and the encounters they would have had. And what impact the ramifications from the past would have on the present. To tell the truth, it just came alive on its own volition, though I spoke to Gideon and Kathryn for quite a while before I

felt ready to put words to their lives.

As an aside, one of the best things about being a writer, is we’re never lonely.

In the fall of 2010, I signed up for writing classes with the continuing studies branch of the local university. At the time my main characters were a very emotionally disturbed husband and wife who I had great plans for. Alas, Gideon entered my life and the couple faded into distant memory

The inspiration for the Devil’s agent arose from a discussion in class about Dead Like Me, a TV show, and from something I read about a devil’s mistress. I wrote the original story in late fall 2010. Then, in December 2010, we took a holiday to New Orleans. A story I heard at one of the plantations sparked my imagination that it would be fun if agents of the devil also came to New Orleans to help solve the mystery. And so the second story was born. And the seeds for further development were sown.

In September, 2011, I signed up for two classes online. When the second class, on dialogue and character building, was over I was so pumped that a steady stream of words bubbled out of me. 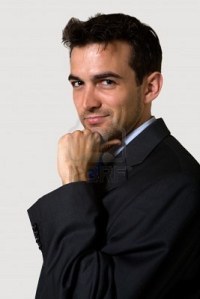 With no intention of elaboration I started writing anyway, still pumped by my recent classes. Nineteen Hundred is the result of that one line I’d never intended to expand on. Since I’d never written an historical before, I found the challenges interesting. Text messaging plays a prominent role in my Devil stories. It’s how he receives his assignments. Right before I started Nineteen Hundred, I wrote a story that takes place in the 1930s. It included text messaging. I don’t remember if I realised it, or if someone pointed the technological discrepancy out to me, but it forced me to find another method to use in the historical.

Okay, Jenna’s gonna scream. This is wordier than she asked for.  As long as the characters and scenes continue, the genesis of the ideas is unimportant.

What unique sources have you tapped for your stories?

And thank you so much for everything Jenna!

Only screaming for more, Sue!  Especially more of The Devil’s Mistress.  Are you sure that one’s gone for good?  But I am looking forward to more of An Ordinary Couple as soon as you post more on SSS.  And thank you so much for posting on Jenna’s Journal today.  Loved having you.

The right love, the wrong time

December 31, 1899. At a dinner, hosted by her landlady, to celebrate the new century, Kathryn St. Clair meets sophisticated and handsome Gideon Thomas. He is a new lodger at the boarding house where she has settled since arriving in the city for a teaching position. His air of mystery speaks to her romantic imagination.

Later, over a game of Whist, they pay more attention to each other than to the cards on the table. Her honesty reaches out to him; her rare innocence touches his dark soul.

Together they visit several city amusements. But when, in her naiveté, Kathryn demands explanations for Gideon’s irrational comings-and-goings, wondering if he is a gentleman after all, his secrets forbid him from answering. He fears the truth would throw her into madness, and that her intelligence would not allow for his reality.

If they don’t conquer their conflicting natures, their new love will die, leaving Gideon to live with the bitter consequences of his misconceptions.

Kathryn squirmed on the desk chair as she debated what to write her mother at home in Canada. Everything in the room appeared scaled down, so unlike her large childhood bedchamber that faced the back gardens; the flowers perfuming the room all spring and summer, the birds chirping and the white curtains starched to a stiffness that only a substantial breeze would stir.

On the left stood her inkwell and in front of her the pretty rose patterned stationary. Blank.

She wrote 17 January, 1900.  And what shall I say? Dear Mama. I can tell her about the special dinner on New Year’s Eve. Imagine! A new century. Who knows what the future will bring?

This chair was really too small to sit in comfortably and the straw seat dug into her straight through the delicate fabric of the sleeping gown.

I can discuss the weather of course and work and my students.

As she thought about her family, Mr. Thomas came to mind. She particularly liked his well-trimmed beard and moustache. And his eyes. She knew if she gazed into those pools long enough she might drown.  At the same time they rarely revealed his thoughts. He was certainly a distinguished looking gentleman, and when he smiled it cheered her even after a day of teaching. They called each other by their first names now, although they had met only two weeks earlier. But she still felt uncomfortable thinking of him as ‘Gideon’.

She smiled and heat flowed to her cheeks.  If they had been introduced at home, her aunt would have accompanied them, but here she knew no one to act as chaperon, and if truth be told, the lack of a third-party pleased her. Two nights ago, walking home from the theater, they had been so close that his fingertips had brushed against hers; the temptation teased her to hold his hand, so warm and comfortable. She recalled their hand shake on New Years Eve and his assistance with the carriages.   He probably thought she hadn’t noticed since she had been chattering away.    But she had noticed the stir of air as his fingers drew closer to hers. I hope it was deliberate and not an accident.

She admonished herself to cease this train of thought at once. It felt so…evil.

22 Responses to Guest Blogger: Sue Koenig and The Genesis of Nineteen Hundred