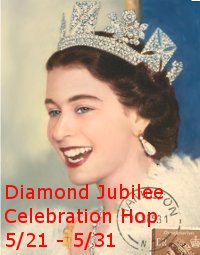 God Save The Queen!

In honor of the Queen’s Diamond Jubilee, I’ve joined this Blog Hop and intend to celebrate things English (which I love anyway).  So take a look at some of my favorite English things: 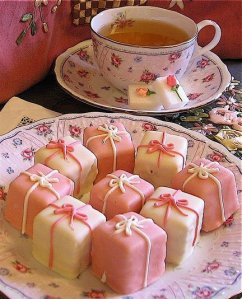 A Traditional English Tea–  I’m sitting here longing for one just looking at this picture.  I’ve had the pleasure of having a formal tea several times while in the British Isles and nothing quite compares to the perfect blend of tea, sandwiches and pastries.  To think of doing this every day makes me long for the days of elegance long past.

Shakespeare–For a theatre lover the Bard should probably have come first, but, well, it is tea.  However, Shakespeare’s works are among my most favorite of English things.  Much Ado About Nothing, Macbeth and my all time favorite–The Taming of the Shrew.  I’ve used that trope in my 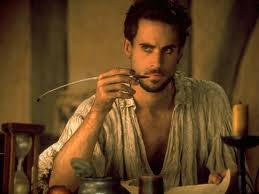 current WIP As Long As You’re Mine; Romeo and Juliet is echoed in my medieval trilogy Time Enough to Love.  Shakespeare borrowed many of his plots, I’m sure he won’t mind if I carry on the tradition. 🙂  And what better representation of the bard for a romance writer, than Joseph Fiennes in Shakespeare in Love. 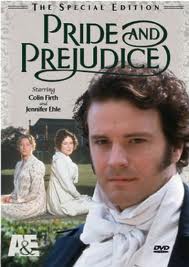 English Literature–I’ve always been much more enamored of English literature than American.  Richardson, the Brontes, Dickens, and of course, Jane Austin have all given me hours upon hours of pleasure reading.  British romance writers, such as Jo Beverley and Mary Balogh have been an inspiration for my own work.  Can’t wait to pick up another of their works.

London–My Mecca.  I’ve loved London even before I was fortunate enough to actually go there.  The city embodies all 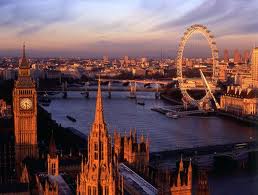 the things I hold dear–history, literature, and theatre.  I remember so well my first trip there, going to see all the sites:  Big Ben, the Tower, Buckingham Palace, the Royal Shakespeare, Westminster Abbey.  It is a magical city and one I hope to visit again soon. 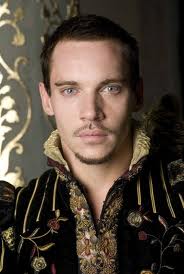 Henry VIII–Henry Tudor has been my fantasy man for decades.  I saw a BBC series–The Six Wives of Henry VIII–when I was young and impressionable and the monarch did just that–impress the hell out of me.  It didn’t hurt that he was played by the gorgeous Keith Michell.  And while Henry was both the Renaissance man and the Machiavellian ideal, I’ve always harbored a liking for him. The recent portrayal of him in The Tudors by Jonathan Rhys Myers shows Henry is still thought of as one sexy man.

And a finally my English historical romance, Heart of Deception.  My first published work, released just about a year ago.  It’s a sweet little romance about a girl who’s willing to do almost anything to be able to marry the man she’s in love with–though the man is not exactly what he seems. 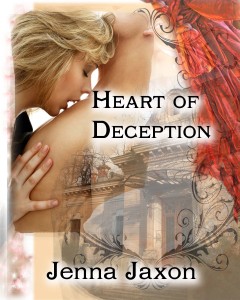 Blurb for Heart of Deception:

Celinda Graham—young, naïve, passionate—is head-over-heels in love with Andrew Finley, Viscount Hurston and insists on marrying him. Unfortunately, Andrew’s family has been feuding with Celinda’s for generations.  When her father refuses to allow the marriage, Andrew proposes a scandalous way to get his approval.  But Andrew has a secret that may spell disaster to his plans if Celinda finds out he is not what he seems.

When Lula Wolfendale’s motorcycle breaks down on her way to a Harley rally, she detours into tiny Shoshone, CA to find a new ride.  Seducing bikers Beau and Rob Hogue and commandeering their Harleys is easy; finding sexual satisfaction is a “hog” of a different color.  A Blue Phantom, to be exact, owned by the pair’s older brother, Jesse.  After brief, unsatisfying encounters with the first two Hogues, Lula approaches Jesse with a proposition:  a sexual contest for his Phantom, where Lula will emerge with either a bike to die for or the climax of her dreams.  Or can she possibly obtain both?

Below is the list of other stops on the Diamond Jubilee Blog Hop so you can keep on hopping!

To buy  Heart of Deception, Hog Wild, or Almost Perfect, click the images on the sidebar.

This entry was posted in Uncategorized. Bookmark the permalink.