Sweet Saturday Sample–5/19 Only Marriage Will Do

Welcome back to Sweet Saturday Sample!  All excerpts here are rated PG-13 or milder. Here’s another post from the second book in my House of Pleasure series, Only

Marriage Will Do,  set in Georgian London.

In Only Marriage Will Do, there seems to be a little mystery afoot.  Amiable Dawson has stepped in to rescue a damsel in distress and to his amazement the damsel–who he’s never seen before–is calling him husband and introducing him as the Earl of Manning (who, if you may recall, is Katarina’s brother from Only Scandal Will Do and a friend of Amiable’s).  Amiable is a tad confused,  but gamely carries on with the subterfuge.  He too is interested in why her suitor claims she is his wife and seeks a more thorough explanation.  St. Cyr has just asserted that Juliet is married to him and no one else.

After another slight altercation, St. Cyr leaves and Amiable comforts a distraught Juliet.  Finally, having found out that Katarina is not there, he is pressed into service of a different kind.  He agrees to escort Juliet to her friend’s house.  While he is attending to matters outside, inside the carriage, Juliet is making other plans.

Love at first sight. Juliet was of sufficient romantic nature to believe it did occur.  That had to be what this sudden breathless feeling was, wasn’t it?  Simple gratitude for his help in getting rid of Philippe certainly would not cause this peculiar sensation deep in the pit of her stomach, this 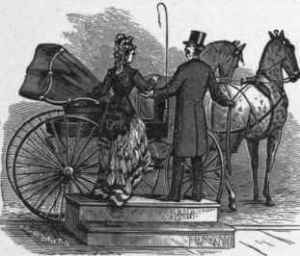 overwhelming desire to remain in his company.  Would it? Sitting in the carriage waiting for Captain Dawson to join her, Juliet savored the memory of his rescue and the tremendous feeling of relief when he accepted her impassioned plea and pretended to be her husband.

She had never been so glad to see anybody in her life as she had the stranger who walked into the reception room just after Philippe had informed her that he had married her by proxy.  She knew it was a lie.  It had to be.  And what better way to counteract a lie than with another one?  And this stranger who had stumbled into the sordid drama had risen to the occasion beautifully.

A knight in shining armor indeed.  And so protective!  She thought that might be the most compelling reason for her tender feelings toward the captain.  He made her feel safe.  Almost safer than she felt when she was with Duncan.  Especially now that Duncan was married.  She loved Katarina without question, but she realized most keenly that Duncan’s first allegiance now was to his wife.  The woman who Captain Dawson had come to Dunham House to see.

Tightness seized her chest at the thought.  Kat cannot have them both!  She is married to Duncan.  That will have to be enough.  Juliet’s heart flip-flopped painfully in her chest as she remembered the wistful sound of the captain’s voice when he realized he had missed seeing her sister-in-law.  There was more to that tone than simple acquaintance could account for.  She would stake her life on it.  But Katarina was beyond him now.  Perhaps she could help him forget her.

Her face heated at the thought.  Katarina was a truly beautiful and spirited woman.   Juliet knew herself to be attractive, but she also realized there could be no competition between the two of them.  Especially if it came to a contest for the affection of one such as Amiable Dawson. 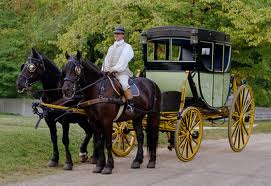 Juliet had not been so distraught at the interview with Philippe that she had not taken in the captain’s wonderfully masculine form when he appeared.  Almost as tall as Duncan, the man was made more slender than her brother, though not to the point of thinness.  When she leaned against him his chest had been firm, not soft and his arms were corded with muscles, unmistakable even though his coat.  Dark blonde hair pulled neatly back in a bag and those intense blue eyes!  She thrilled at the very thought of them.  Yes, Captain Amiable Dawson was a fine figure of a man.  A man who would make any woman a wonderful husband.  A pang of misery went through Juliet.  Perhaps that was why he had been seeking Katarina.

But she is married and I am not. She tried to comfort herself with the thought.   Not married yet that is.  A fleeting image of Mr. Sutton crossed her mind, but she cast it away as quickly as it presented itself.  Mr. Sutton, while very attentive to her for the past weeks, had never made her feel as safe and protected as Captain Dawson had in just the past hour.  Neither had Mr. Sutton managed to evoke the potent sensations in her that Amiable did.  Her heart fluttered, her mouth went dry, and all manner of little chills raced down her arms when he touched her.  No, this must be love.  The die was cast. No matter the consequences, she would make Amiable Dawson fall in love with her and marry her.  By fair means or foul.

Juliet seems to have some of the single-mindedness of her brother, the Marquess of Dalbury.  Heaven help Amiable Dawson! LOL

Hope you enjoyed a little more of Only Marriage Will Do.  Stop by SSS tomorrow for more from Only Scandal Will Do.  And today be sure to click here to visit more Sweet Samples.

Also, if you have the chance, swing by You Gotta Read for another author interview with me.   Find out the weirdest thing I’ve ever done in the name of research. LOL